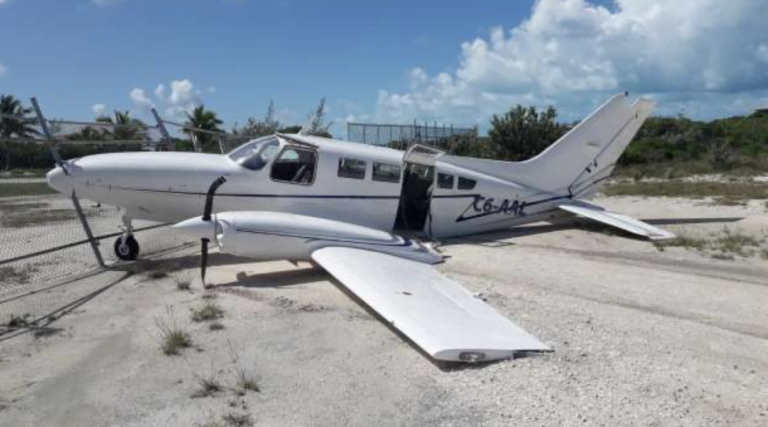 NASSAU, BAHAMAS – The Air Accident and Investigation Department (AAID) has confirmed that a Cessna C6-AAL that collided into the perimeter fence of the Staniel Cay Airport in Exuma last Monday experienced brake system failure.

The airport had nine passengers on board — all of whom were American.

“The pilot advised that he continued to apply brakes whilst maintaining back pressure on the yoke, however, only the right brakes responded and subsequently there was a loss of directional control that led to a runway excursion taking place (to the left),” and AAID report of the incident detailed.

“The aircraft received extensive damage, including to its left propeller and wing, nose cone, left main gear and assembly, [and] undercarriage.

“There were no injuries reported in relation to this accident.

“A limited scope investigation was conducted; no safety message or recommendations were issued.”