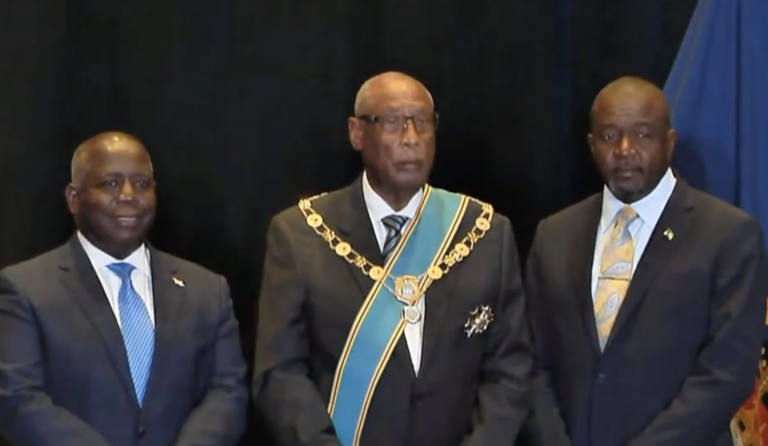 NASSAU, BAHAMAS — Newly sworn-in Minister of Youth, Sports and Culture Mario Bowleg said he’s aiming to revolutionize both sports and culture during his tenure in Cabinet.

Bowleg, who also serves as the member of Parliament for Garden Hills, said although he is mostly known for his accolades in sports, he plans to put equal effort into developing the culture aspect of his portfolio, with the hopes of generating new revenue for both.

“The first thing we want to do is put an advisory council together when it comes to culture and sports,” Bowleg said. “In order to rejuvenate sports and the entertainment industry, we need the right stakeholders to be a part of this council.

“I don’t know why people think that I’m just a sports guy. I’m also a culture guy. I rushed in several Junkanoo parades, and I’m also a musician.

“So, culture is important for me. It’s one of the things we want to focus on early in this administration. We want to get our creative economy going.”

Bowleg, who was president of the Bahamas Basketball Federation (BBF) for three years before resigning on Tuesday, said his first goal as sports minister is to bridge the gap between local sports federations and associations and their respective athletes.

“We will work along with all of the federations that will be responsible for all of the various disciplines within the country,” he said. “We need to work together to ensure we push for better for all.”

Another one of Bowleg’s objectives is to revive the sports tourism industry, hoping to bring back international events such as the International Association of Athletics Federations (IAAF) World Relays. The Bahamas previously hosted three editions of the two-day championships, including the inaugural event in 2014. The other two were held in 2015 and 2017.

“We are going to do all that we can to bring the IAAF back here,” Bowleg said.

“I’ve been involved with sports tourism for the past several years now through the game of basketball, but I believe we can quickly seek out events in volleyball, baseball and softball.

“We also want to build facilities in the various islands and increase tourism in those islands.”

Bowleg said that in the coming weeks, after assessing the budget, he will give an update on the status of the Andre Rodgers Baseball Stadium. He also noted that his ministry will address the relaunch of local sports in the very near future as well.
Along with serving as BBF president, Bowleg also served as men’s national team head coach and coach of the CC Sweeting senior boys basketball team.