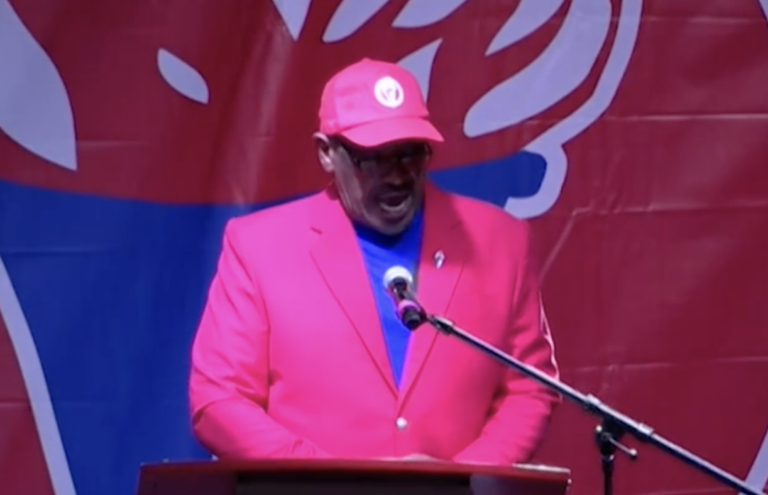 NASSAU, BAHAMAS — Prime Minister Dr Hubert Minnis said if reelected, a Minnis-led government would end the COVID-19 emergency orders in November and implement a “bold” economic vision for the country.

The Free National Movement (FNM) leader spoke on Friday and Saturday night at drive-in rallies on Grand Bahama and New Providence, introducing the party’s candidates and platform for the September 16 General Election.

Minnis outlined his administration’s plan in its next term for economic growth and development and took the opportunity to launch a scathing attack on Progressive Liberal Party (PLP) Leader Philip Brave Davis and his leadership.

He said if given the privilege to serve as prime minister for a second term, he would bring an end to the emergency orders in mid-November and continue the FNM’s plan for economic recovery.

“Given all that we’ve been through, we need to make big and long-term decisions in the post-COVID-19 world,” Minnis said.

“To do this, your next government needs a mandate from the people. Tonight, I am asking you for a new mandate to help rebuild our country and our economy.

“The FNM has a bold vision, which includes greater ownership of the economy by Bahamians.”

Minnis said his administration will work with Bahamians and international investors to complete major tourism and investment projects on New Providence, Grand Bahama and Family Islands.

Among other plans for the future of the country, he said in the next term, his government would resource the national sovereign wealth fund; create a new Ministry of Investments, Financial Services and Commerce; launch Invest Bahamas — a new investment agency to replace the Bahamas Investment Authority; create a national infrastructure firm; force new public-private partnerships for development infrastructure; launch ambitious Family Island infrastructure on all islands; and further implement ease of doing business recommendations.

Minnis boasted that the party is confident it will win all 39 seats.

“The last election, we tried for all; four escaped. This time, no escape. By the size of this crowd, I know what the answer is — Nassau rolling with red.”

He predicted that Davis and PLP Deputy Leader Chester Cooper will lose their seats and bashed the PLP’s record in government.

“Brave is in deep trouble in Cat Island,” he said.

He said the FNM’s candidate, Felicia Knowles, who was born on Cat Island, will be the first woman to represent the constituency.

“If over 20 years Brave ain’t do nothing for Cat Island, y’all think he will do something for The Bahamas?” Minnis jabbed.

“A lousy MP would end up to be a lousy prime minister. Brave is a lousy MP.”

He insisted that there is nothing “new” about Davis and the PLP, indicating that he is the just leader of the “same old PLP”.

“Every time the Bahamian people make the mistake of electing the [PLP], it ends in the same way — spectacular scandal,” he said.

“…I could think of 90 reasons why Brave should not be prime minister, but I don’t have time to give you all.”

He urged young Bahamians who don’t know of the veteran attorney’s history or “what Brave is really about” to ask their older relatives of Davis’ life in the ’80s.

“If Brave becomes prime minister, he will return The Bahamas to the darkest days. We must not go back to his dangerous vision for our country,” Minnis said.