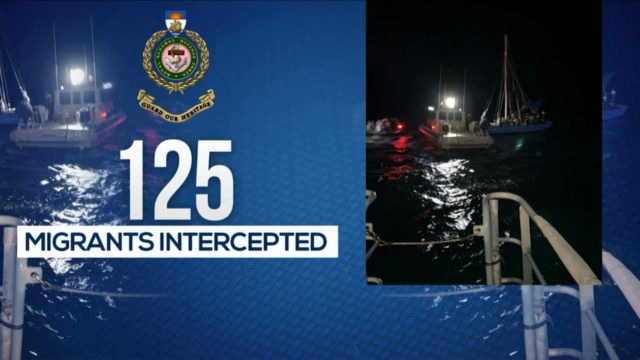 NASSAU, BAHAMAS – With just one day left before the new year, a total of 124 Haitian migrants were apprehended early Sunday morning by the Royal Bahamas Defence Force (RBDF), after they were discovered in Bahamian waters.

HMBS Rolly Gray, under the command of Lieutenant Commander Stephen Rolle also assisted with the apprehension.

The migrants, who comprised of 107 males and 17 females have all been turned over to Immigration officials for further questioning.

The RBDF has apprehended or assisted in apprehending over 400 Haitian migrants for the year. Those migrants have since been charged before the courts for illegal landing.

The Royal Bahamas Defence Force said it remains committed to protecting the territorial integrity of The Bahamas and keeping our borders secured.